I would have laughed at you –right out loud– had you said I’d handle over 2-million words in two years.   But the data speaks for itself.

In August of 2018, I bought Grammarly Pro to help me with a major work. It found mistakes on rules I’d forgotten about. I wasn’t alarmed, that’s what happens decades after graduation, I was glad for the assist. I fixed them –hundreds of them– one by one. Sometimes I confirmed that I really did want to say it that way.  By the time I finished editing the work I had determined that I would let this software look over my shoulder nearly all the time; when I write emails and letters. When I craft class notes, reports, blog posts, talks, narratives, lots of things.

And then the weekly reports began to point toward a number I never dreamed possible. This week I passed the 2-million word milestone! 7 weeks shy of two years. Who knew?! 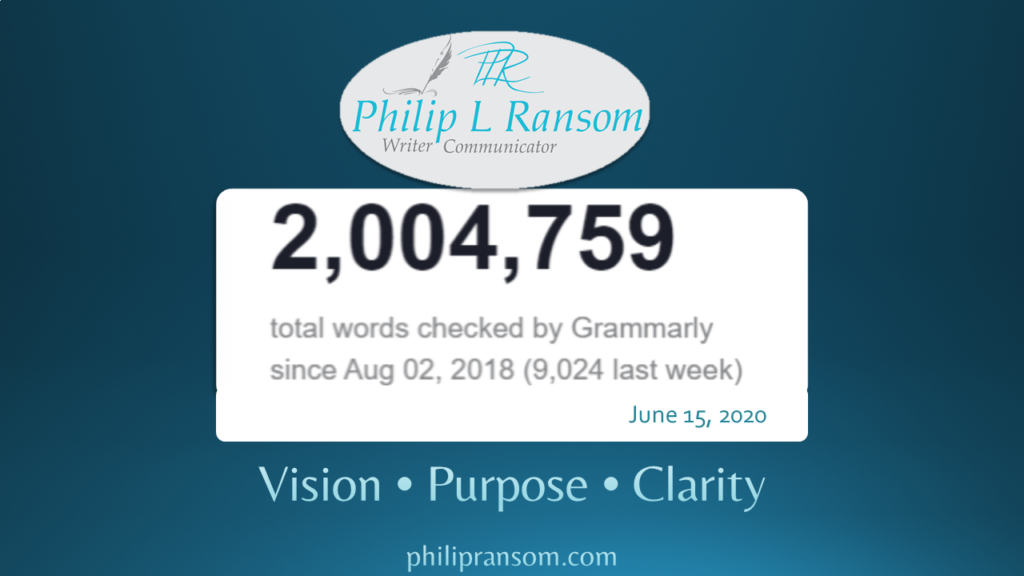 Introduced in April 2021, Wordsmith is designed to help leaders communicate well in print and...