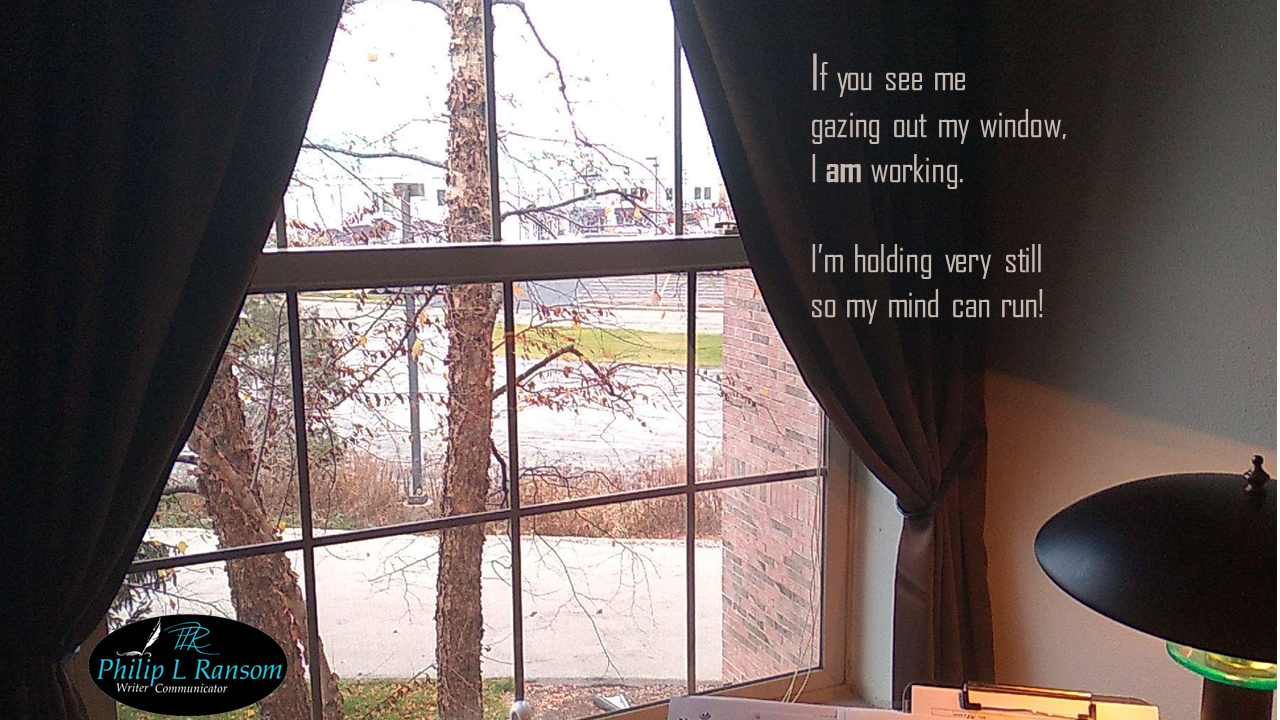 It starts while we’re in school, I think.  Though I wasn’t a troubled student (well, 7th grade math was a bomb) we pick up the expectation along the way that to look industrious –busy– is a good thing. A virtue.

It probably is, for the most part.  But motionless does not necessarily mean unproductive. The two words aren’t synonymous. They’re separate.  I first felt motion-free creativity working on college music projects.

Once I recognized that my mind could run while the rest of me held still, I began to use the intentional gaze more freely, on compilations, articles, concert programming, and the like.  In my six years as a writer, that nowhere-stare has served me well.

Two months ago we moved. This is now the view to my left when I’m at my desk.  Today I broke my gaze from it to write down some thoughts that had just arrived. How long have I been staring at that unusual bark? I wondered.  Mrs. Irwin (HS English) would have told me to get busy.  But I WAS busy just now. Those were premium-grade thoughts and I just morphed them into word form.

I picked up my phone, snapped this picture, and wrote the missive you see:

If you see me gazing out my window, I am working.
I’m holding very still so my mind can RUN!

Newsflash – Membership group coming in May ’22

UPDATE 5/21 Response to the original post below was enough to proceed. So.... Here's the official...

END_OF_DOCUMENT_TOKEN_TO_BE_REPLACED

Contact Phil
I’d love to speak with you about how I can help you care for writing needs while you tend to other matters of equal importance.